hi guys im fitting a ford v v carb to my legerra bought off ebay  was wondering if any one had a vacume pipe diagram or even a decent pic of how you had done it any help on this would be briliant . desprate to hear it running again :)

Got hold of a engine and box from an mx5

how easy is the wiring side of it 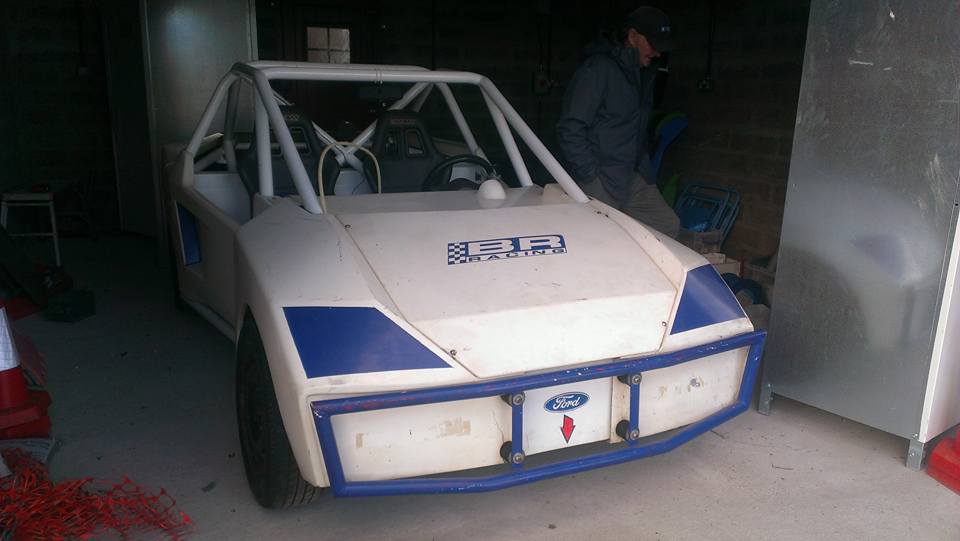 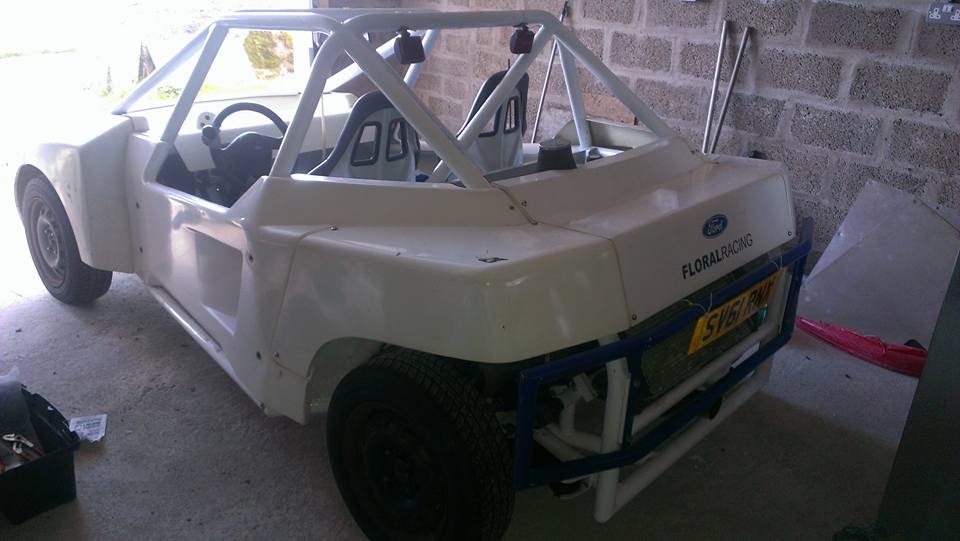 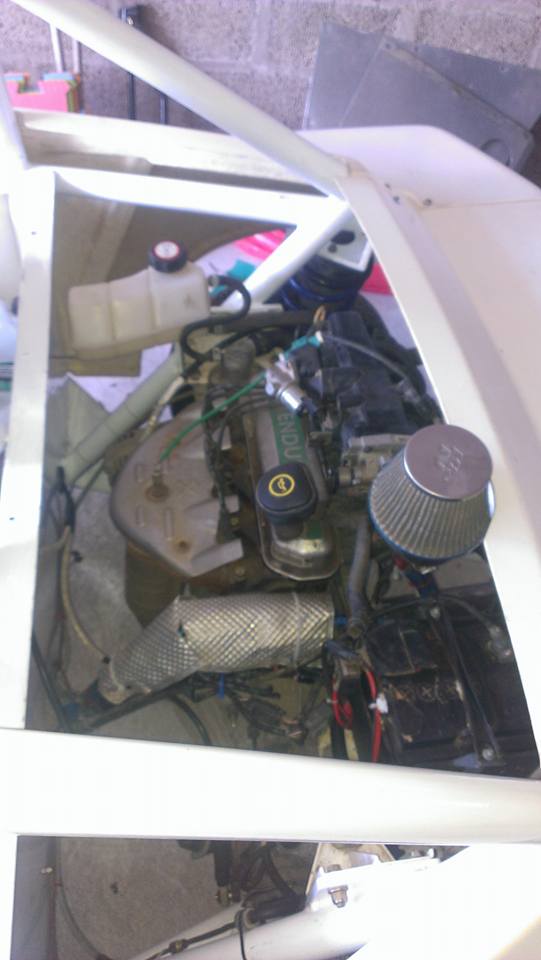 Well, new project, really, as it needs a bit of work.

But an interesting little bit of kit. Anyone…

Just managed a couple of hours in the workshop. Been meaning to get the corner weights measured for a while, so have had a bit of time to thing about how to do it without handing over the car to a competition prep company or shelling out a fortune for proper corner weight scales. So... The Kemp Method. You will need:

Unfortunately, not too much to report.

Steve's had her out again, another demo run at the Alford Speedfest and one Autotest, but I've still only managed one so far this year. Been so busy it's been a total bust, fun wise.

Anyway, in terms of upgrades, about the only thing we've done is get the Peugeot 205GTi 1900 15" alloys fitted to the rear. Needed 20mm spacers, although I reckon 15mm worth might have done. Also discovered the car was already fitted with the…

Hi all, hoping there's someone who can possibly shed some light on my engine problems. I have a zetec in the car running standard ford ECU and wiring.
A few days ago it suddenly dropped onto 2 cylinders on the way home, I found that it was fine once I was above about 3k rpm and accelerating. Ease off and it was straight back to 2.
Since then I have changed the coil pack and TPS (fault code in ECU). The engine had new leads and plugs 3 months ago.
I have tried unplugging the cam… Continue 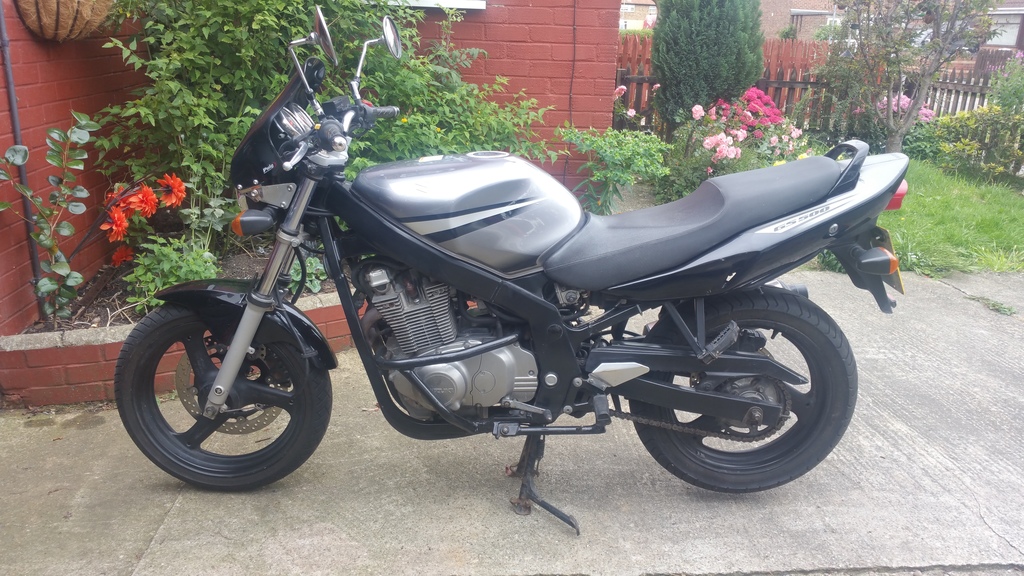 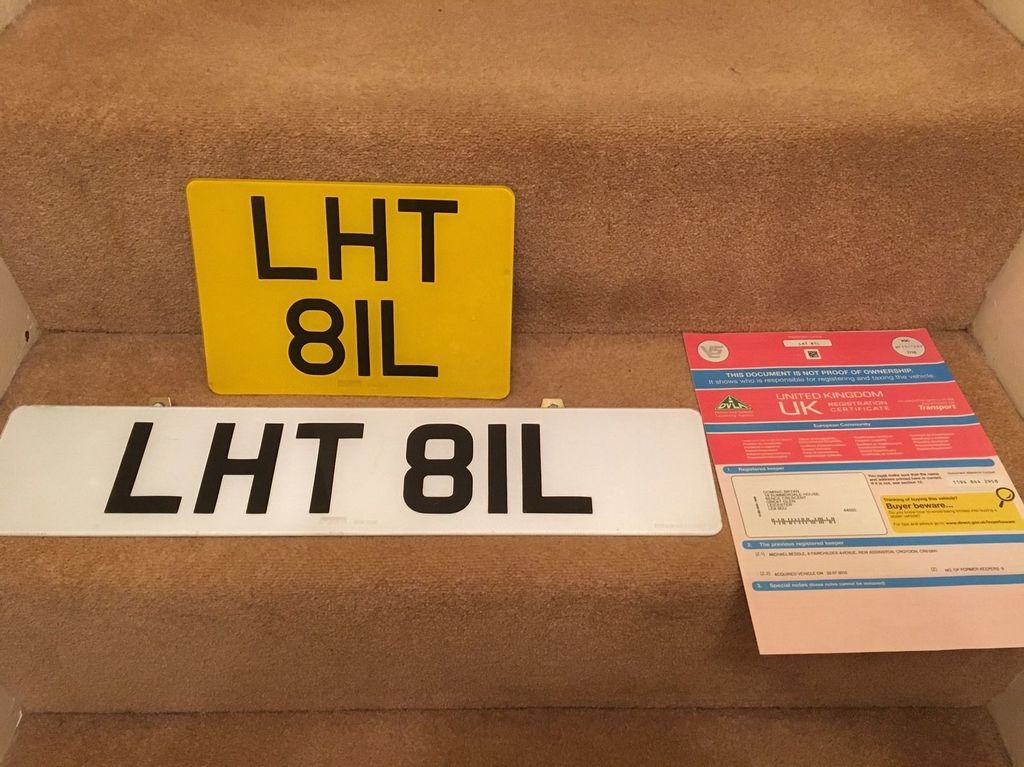 Chatting with Dave Adams on facebook yesterday. Found out my old girl is an S1 not an S2. Just nothing to compare her to over here in Florida. lol, Real information learned after having her since April 2004. 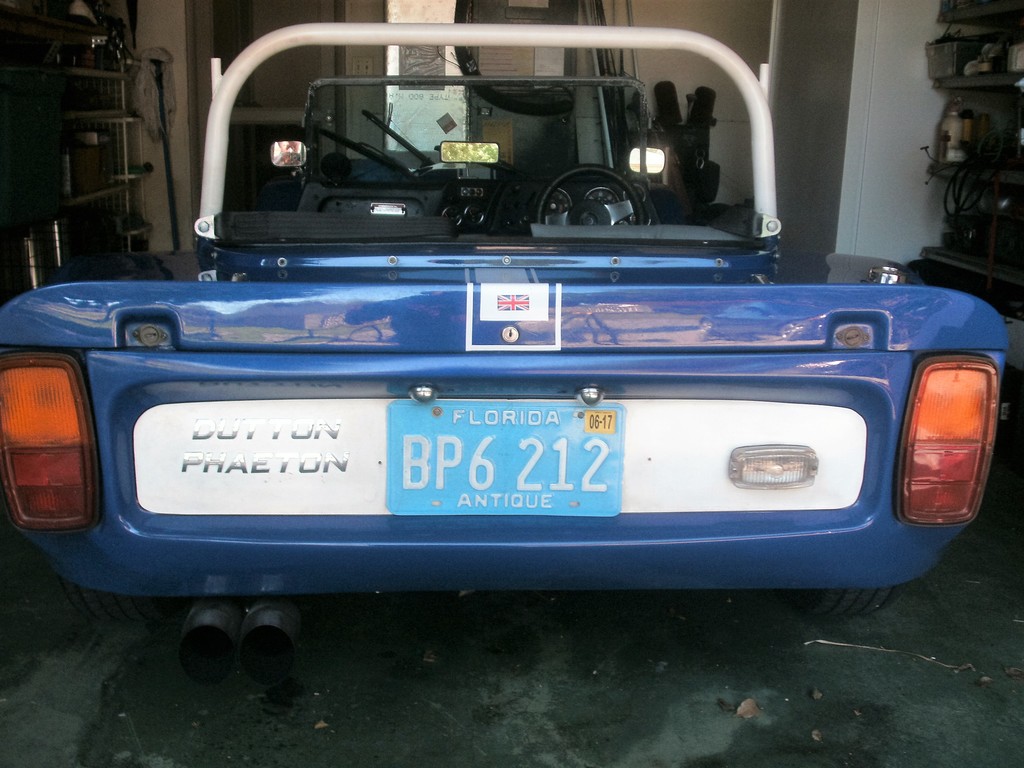 I brought this car last September and stored it over winter, It is a a genuine 48,000 mile car and it come in this condition. I have just put a timming belt water pump and head gasket on it as I am going to use it this summer. These cars get a bit of stick from people but its a cracking little car to drive.  I am still pondering over the s3.… 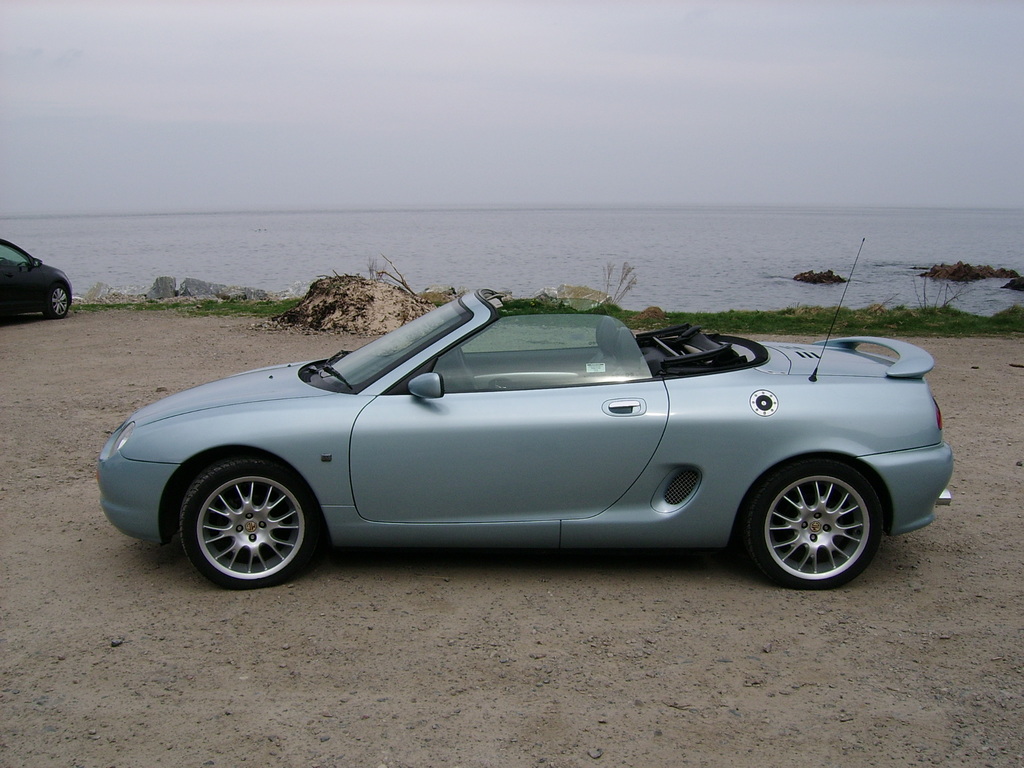 The next meeting of The Northern Duttoneers is this Thursday 6th April 2017
So if you fancy a chat and you're in the area call in and see us. Always a great Northern welcome and proper Northern ale (Southerners can be catered for, let us know you're visiting and we'll get you a can of Courage Best Bitter or Watney's Red barrel in the chiller)
Waggon & Horses
170 Chorley…

The next meeting of The Northern Duttoneers is this Thursday 9th March 2017
So if you fancy a chat and you're in the area call in and see us. Always a great Northern welcome and proper Northern ale (Southerners can be catered for, let us know you're visiting and we'll get you a can of Courage Best Bitter or Watney's Red barrel in the chiller)
Waggon & Horses
170 Chorley…

New changes to my old girl

Lol, My old girl with her new stripes:… 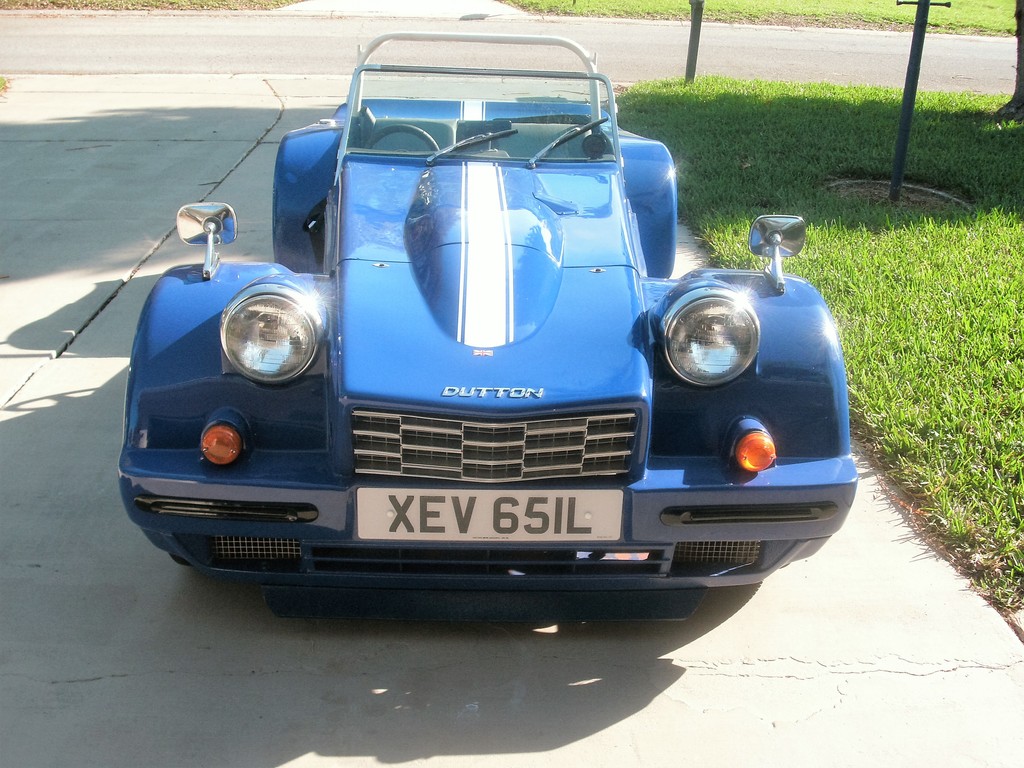 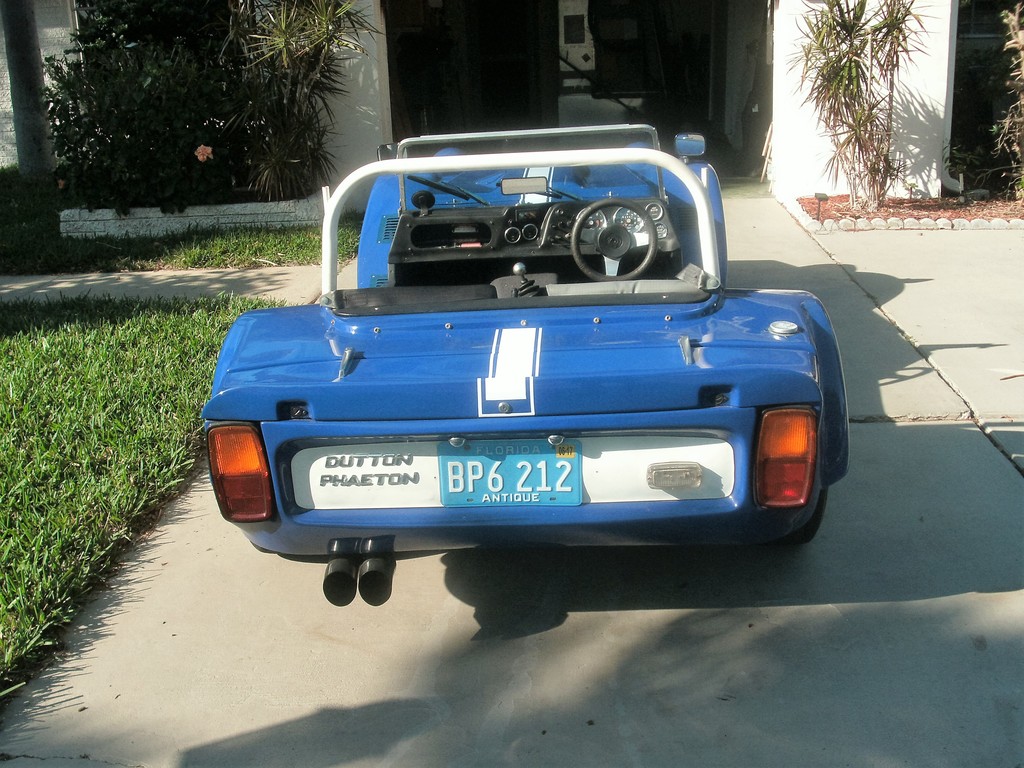 My Uncle Bill who is now 96 and fought in the battle of the bulge in WWII and still goes out deer hunting visited his first grandson today. He taught me how to hunt and rode me on the back of his Vespa motor scooter when I was a child. I have had motorcycles most of my adult life because of him and have followed history of WWII very closely because of the stories he told me of his battles WWII. He is still my hero. You folks across the pond should still be proud of him.…

Getting ready for spring

Started getting Daisy in shape for the coming year. found the ignition switch fault, the weight of the keys being in the steering lock caused the ignition to cut off if you accelerated to quickly. So decided to bin the lot, steering lock and all. Going to wire in a simple key switch. Already got a kill switch and battery cut off fitted.

Found the bad vibration at 67 mph + rear UJ is knackered, this as also done for the diff seal and rear gearbox seal. thank goodness I don't have to…

Just a quick report from the weekend. Well, I drove like a complete tube. Out of 9 competitors the only guys I beat were the two complete novices that I chucked into the Dutton, and one of them was bloody close to making me look bad.

On the plus side, the modifications have cost me a feckin' fortune, but have obviously been worth it. The fact that someone could just jump into a car with no experience and run me close shows how much more compliant…