History of my car

Does anyone know the history of my car? Based on its front fenders it is kind of unique. It was originally blue and yellow when I purchased it here in Florida 10 years ago. I repainted the yellow white. It has a Hillman Hunter Drivetrain and no serial number tag on the frame. I have the original UK license plate XEV65IL. 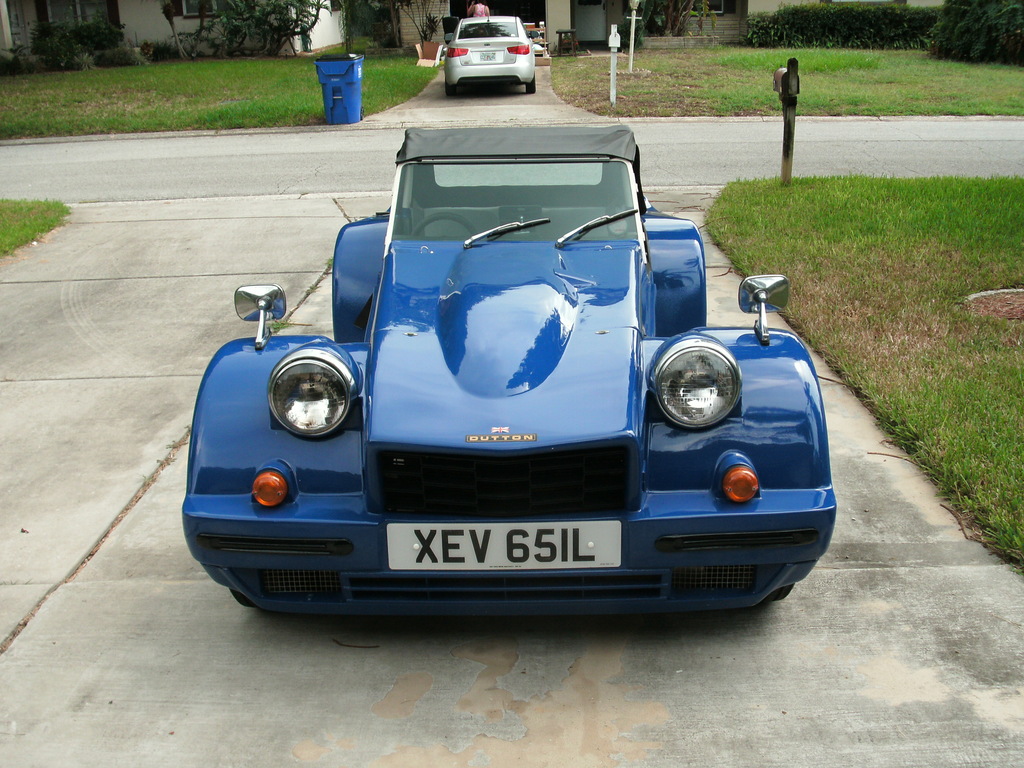 The only reference to the registration plate I could find on google was this:

The DVLA thinks its still a Humber, and the reg was XEV651L. The DVLA website no longer shows an export marker field so no idea if its officially been exported or not but the last tax expired in April 1995 so it must have been in the UK until April 1994.

The club database shows nothing recorded with this registration number, do they allow you to retain the UK plate like that?

Adrian, The Plate is XEV65IL not XEV651L. I still have the plate on the front of the car and also have the original rear plate. Go to this message to see the picture of the front plate.

It is a 1972 on my U.S. registration and it is a 1725cc engine which I believed was a Hillman Hunter. Did a Humber have the same engine? I bought it in 2004. Would they transfer the plate from the Humber to the Dutton and still list it as a Humber?

If the donor vehicle was a humber (still shared the 1725cc engine) then when the kit was complete they may even have retained the original chassis number. Back in the day you could get away with all sorts of stuff. The Dutton chassis will have a serial number which was allocated at the factory, probably between 500 and 1500 prefixed with the letter P. The Humber chassis number would have been 11 - 15 digits long, mixed letters and numbers.

Problem is with all our cars the pop rivets corrode and the plates genuinely fall off.

UK registrations did not use the letters i or o (until 2000) when they changed the format of the reg.

There was no I reg and no O reg so this numbering system was good for a few years. They never issued Z reg plates either.

XEV65IL - with the letter I is not a valid uk format plate.

XEV651L is a valid format using the number 1.

It has a plate riveted to the top radiator attachment bar which says "commission number H090783220CBH". This is used as the registration number over here. The Dutton Chassis number is missing.

There are check sites that, for a small fee, will confirm if that is/was the chassis number used in the UK. I'm pretty sure it was.

I am adding more cars to the database each week, eventually it may turn up.

Thanks for the attempt.

Hmmm, If you delete the beginning L and add CBH to the end of the 1974 - 1976 Sceptre Chassis number shown it closely resembles my number. A coincidence?