I did some playing on gear calc and the theoretical stats look like this.

@ steve good sleep. rethink you will do it

@ daryl its because know body breaks the meloses . they are kept and cherished  :-)

I think I would die a slow and painful death at the hands of my beloved.

Is there anything I can help with or is it just 'normal dutton' issues?

some good kit there Ade, I have a B type that I'm getting pretty peed off with at the moment. Nothing going right, etc. Want another hidden one? :-)

I hid the Melos bonnet in the lockup. :)

So, nice day, willing helpers and a trip to the body storage unit. I'd forgotten just how many spares parts are in there to be honest. 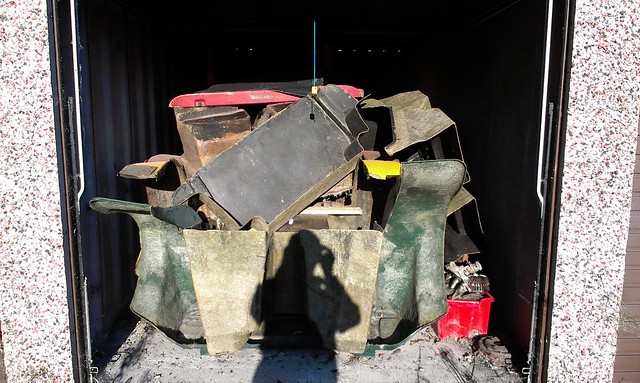 As you can see when it's all laid out on the ground it takes a fair bit of space. 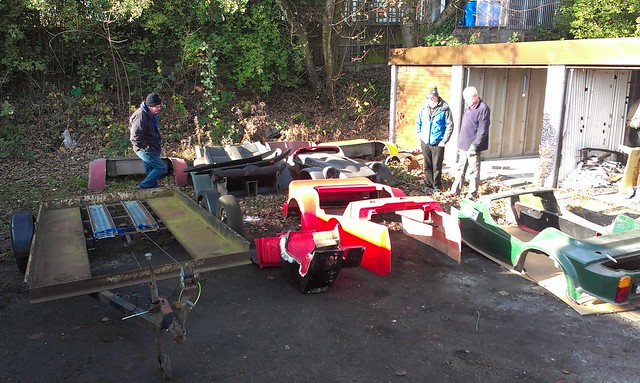 S3 outer tub (hacked)
S2 back end, tubs and bonnet
S2 back panels
S2 back end, tubs and boot floor with front tub
S2 Melos bonnet in red
+ loads of odd ends that i've accumulated over the years... and thats just one of the two lockups. :(
Mission was to collect the red S4 / P21 outer tub and cart that back to the unit on the trailer (too big for the van)
Hour and a half saw it all out and back in again with the salvage in the van and on the trailer.

On arrival back at the unit my willing helpers and I set about moving a few bits out of the way so project X could be married up with it's replacement skin. Needless to say It never fits right first time...

While I had them all out I took this of all three Phaetons.
Lenn, Steve and Martin trying to work out why the red shell sat so high. 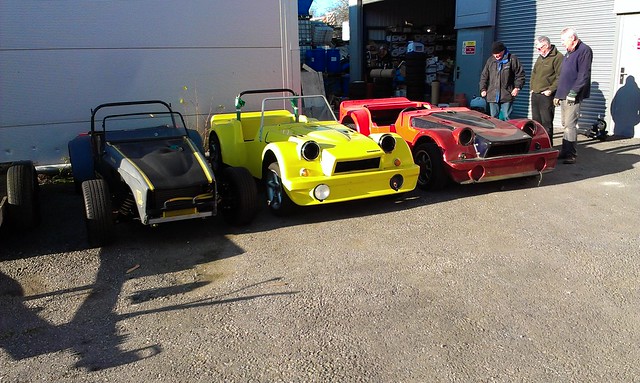 Project X had a few extra bits welded in back in the 80's, turns out one of the extra crossmembers was hitting the front of the drop well in the boot, causing it to lift and not go fully forward. Small recip saw fixed that and now the bonnet matches the scuttle (sort of) 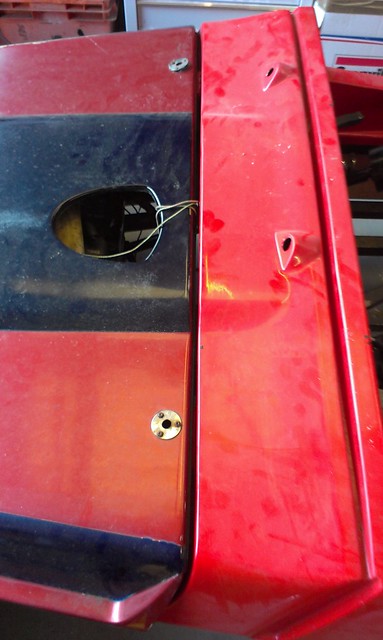 It's seriously phat and fat too... All four arches will need extending to cover the wheels but that was expected. It'll give me a chance to play with a little resin and matting. May have to do something about the inner tub (or total lack of it) as well. 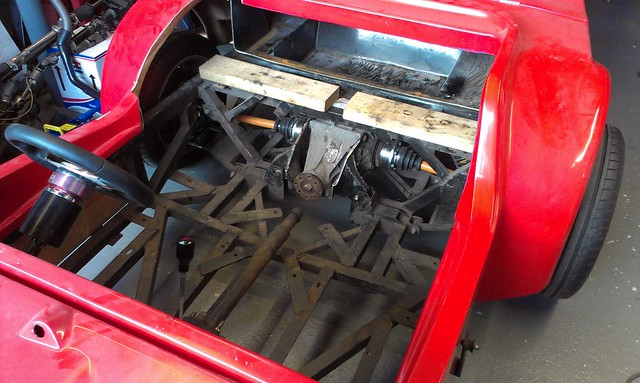 Now Project X is beginning to look like a car again. I plan to fill a lot of the voids between the rails with flame retardant foam sandwiched onto the bottom of the new tub. Hopefully this will remove some of the aero issues underneath (sorely needed) provide soundproofing and reduce vibration. Plans also include pockets in the voids on the sides and a much reduced centre tunnel assisted by having a fixed prop and diff.

That's it for now. 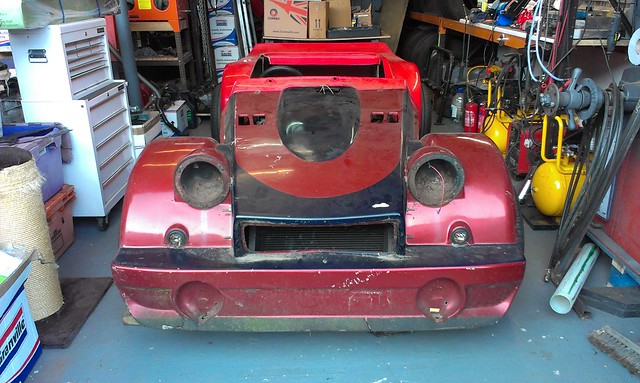 As a side line to restoring old kits I have this little shop called NTS autoparts.

We now have the following items in stock.

Crossflow and pinto service items, gaskets and other parts.

Wheel bearings for ford and triumph based units.

Discs, pads and calipers for M16 based cars.

DOC and forum members get 30% off retail

Very little time to do this at the moment so only a little progress to report.

Since completing the gear selector modification I have...

Extracted the wrong diff, purchased in ignorance. I bought a 100mm PCD 7 inch diff and it should have been a 108mm 7.5 inch. Sadly they only seem to be fitted to cosworths so not a cheap option.

Reconditioned the driveshafts with new CV joints and boots.

Made the steering work after a fashion, enough to push it around without kicking the front wheels to steer it.

Worked out that by moving the engine back I may have left myself a little short in the footwell department.

Test fitted the bonnet with the new wheels setup only to find it may need a little tweak to cover said wheels.

So with those little teasers posted i'm off to do some more before I get evicted from my nice dry unit. Yes folks, I have to pack all my stuff onto pallets and move house. 4 cars in bits + 3 cars barely mobile, and about 100 boxes full of 'stuff', 20+ body panels ... and of course all the bits that are too big to go in boxes (sigh)

I'll post some photo's if I remember to take some.

The slight arc is compensated in the join between the selector and the tube that fits over it. I can reduce this by moving the rose joint backwards, there is over an inch of thread inside the bracket. I think thats where I had it set when I made the bracket but moved it during reassembly. Might help make the shift easier if i remove one washer and drop the rose joint back be one turn.