Any one else having a problem viewing pictures? they just appearing as an icon with thumb nail written underneath. 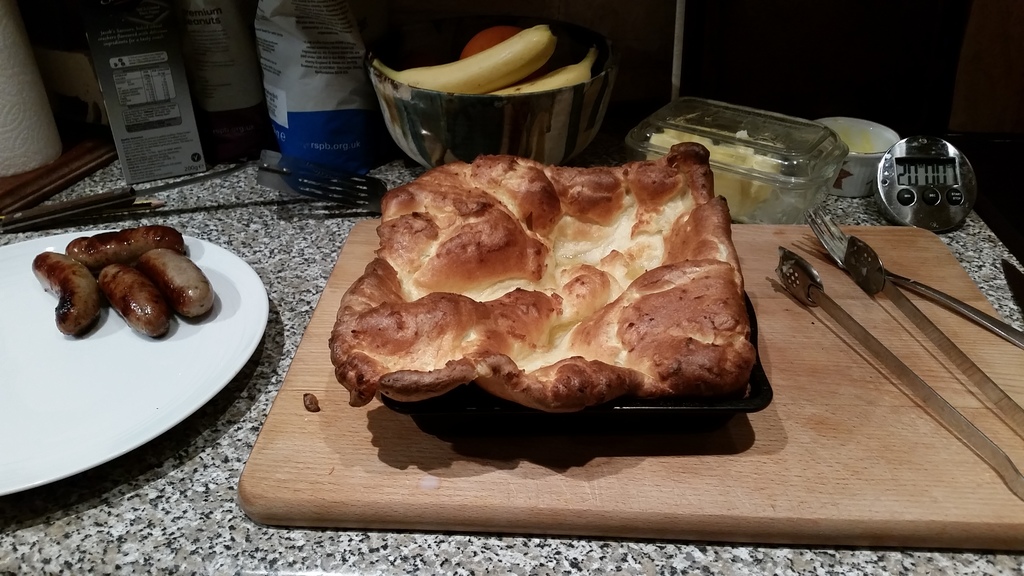 And you intend to eat that dry? has tha' nowt moist? Get some gravy on it boy. :)

I won't post a link here as it's highly offensive but you have to check out Jonathan Pie's video on you tube entitiled 'trump and the press'...

I still here but its been troublesome lately. I won't go over to face ache

I do both, not deserting the ailing vessel just because she's gone a bit slow...

Faceache has it's uses, works as a medium for targeting specific audiences and for advertising, just don't get sucked in to spending all night reading tat...

Daryl, I've been using Facebook nearly as long as I've been on here. I'm logged in here 24/7 but only log into facebook as and when needed. Its worked with the shop to generate business, it's a box full of tools mate, use what you need and leave the rest alone.

Facebook is full of people but my mates are here :)

why? its just another site much like this one but more folks......it has good stuff and crap....but so does everywhere.

35 member logged in here this week, and 15 online now, but only the usual suspects contributing. FB the new black.

Its not the site issues that is the problem.

People naturally migrate to where there is information of interest to them. Same thing happened 6 or 7 years ago with Mr G's and the DOC website and forum ..... we all migrated here to Ning because it was the place to get hold of the person or information you needed, a lot of people moaned about it at the time, but that is the way of things.

Now the same thing is happening with Facebook, I was the same as some of you and refused to jump on the band wagon. But after I  visited the two shows last year with my car, I realised that Facebook was the main contact media and was subsequently shoved over the cliff  (as Ade put it)

I didnt realise there were so many people who own Duttons and have had some very interesting conversations with a lot of them, but it doesn't stop there and more importantly realised that there is so much more to the kit car scene. I am looking forward to this year with great anticipation, there will be many blasts, with many different folk in many different kits ........ Bring it on.

Yes there is a lot of old bollocks on FB, but you don't have to take any notice of it if you don't want to. Several friends of mine cant understand why I haven't added them as friends on FB, and get quite put out when I say, If its not got anything to do with cars or mechanics then I'm not interested. Specially in seeing what they do in their lives from day to day.

So Facebook can be used very effectively to enhance your hobby's and interests.

I'm fed up with Facebook as it keeps on distracting me from actually doing anything. There is some good stuff but then you get some arse posting an upsetting picture of ivory hunting or dog abuse or of starving children or people getting mutilated in car crashes. If it was just kit cars and family holidays then that'd be fine.

So I just clicked to go back to the Main page and it took me back to Jan 18th! How did it do that? Do I have some unfinished business and I've been taken back in time to mend my ways? Spooky.

You don't get that on Facebook - I can never find the same post the next day on there!

Sorry Daryl we can't help you as we're all still stuck in the 18th of January so your post hasn't happened yet.

I have found that hitting the refresh button usually works to bring the latest posts up again.