Hello all, and belated HNY to everyone!

I didn't manage to get the Phaeton out as much as I'd have liked last year, and I'm still waiting for that first win. Even in little events where it's me versus three Micras... quite embarrassing.

Anyway, I got the rear leaf spring mounts beefed up nicely after on failed. One rear damper was shot so it's on new spax gas adjustables at the back, and polybushes on the whole rear end. Other than that, we didn't really upgrade much last year.

So, let's do some mad shit in 2019. I've verbally bought a Focus ST170 as an engine donor, picking it up when I get home. Now, compare a historic photo of the Phaeton engine bay: With pinched-from-the-internet photos of an ST170 lump... 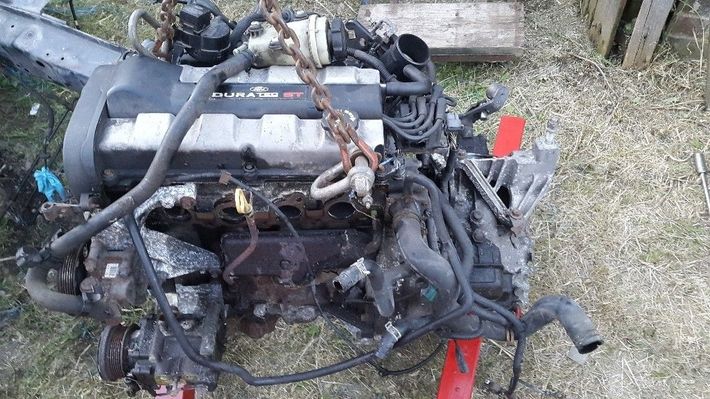 So, from what I can gather from some brief research, my main headaches will be:

And things that shouldn't be too much of an arse...

Anyway, I can't find any evidence of anyone else with the ST170 engine in a Dutton, unless anyone else knows better?

Any advice or guidance would be much appreciated!

Always best to have the donor for the duration of the build... just in case.

Yeah, I remember you saying that Adrian, that's a lot of value going to scrap! I bet they can't be arsed with the "all electrics" part of your request. That would be a pain for them. I think the best you could ask for is an hour or two alone with each ST to gently remove the electrics before they go pulling the rest apart!

I'm paying 450 for a 98k car that's running, complete, but rotten and has been sitting for 6 months. Which is possibly high as the engines change hands for £200. But hearing it running first is always worth paying a little extra for.

Plus, by the time I punt the interior, wheels, brakes, gearbox, bumpers etc I should be closer to the £200 mark, so not all bad.

I suppose nows not the best time to tell you that our local breakers yard are crushing the ST170's with the engines still fitted, I have put a word in to see if I can get a couple on a pallet complete with all electrics but nothing back yet.

Thanks for the encouragement James :)

Fuel Tank. Doubt we'll be able to shoe-horn the Focus tank into the Dutton boot, and the old Escort van one isn't fit for injection. Maybe an Elise tank will pop up cheaply? Or a cheaper alternative fit for high-pressure fuel injection? Anyone?

Crumbs, there's lots of bits where you haven't really got room for extra stuff - on the drivers side and at the rear of the engine. There are others who have fitted Zetecs but I don't remember any that have kept the standard inlet manifold.