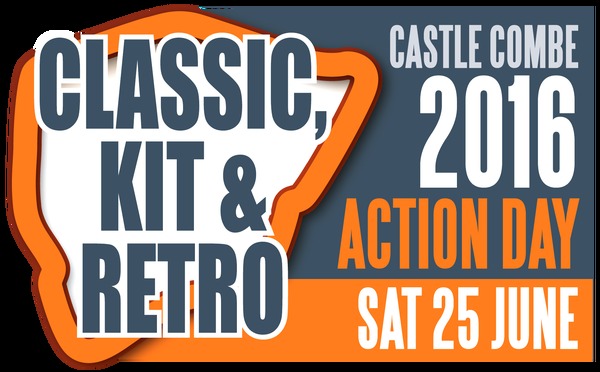 There are left handers in the chicanes at 4 o'clock and at 8 o'clock, plus the bend at the end of the straight is not only to the left but it is also on the brow of a hill. At 80 mph, that is a pretty exciting bend.

As happens, a few have dropped out from down here, and a couple are meeting some at Taunton, so, I will be there a tad early James to help with gazebo erection, oh er !!  Just seen the forecast, looks OK, bits and pieces crossed. Hate having to use a hood, it rubs my bald spot :-))

I would love to go around Brands Hatch in my Legerra. How can we organise that?

I once did a two day Sprint, day one start line to half way down the hill after the hairpin. Second day anti clockwise, start line through clearways through to the bottom straight. ThruxtonTriumph Bonneville, named Bergspider, best hill climb bike my brother ever built me. Wonder who owns it now? My wife just burst the balloon, it was 1970 :-))

Yep, cracking down more and more on noise. I know of several been called in and told no more track day for you today. Even the Speedway bikes have been hit hard because of evening meets.

Well, I did a right good job of not getting to this one, hope you guys all sorted and had a good day. There was no way I could have done 200 miles in the Dutton or the Transit with the trailer on as the injury thats kept me out of work since October last year has been bad for a couple of days. I really hoped it would have eased off but it didn't. 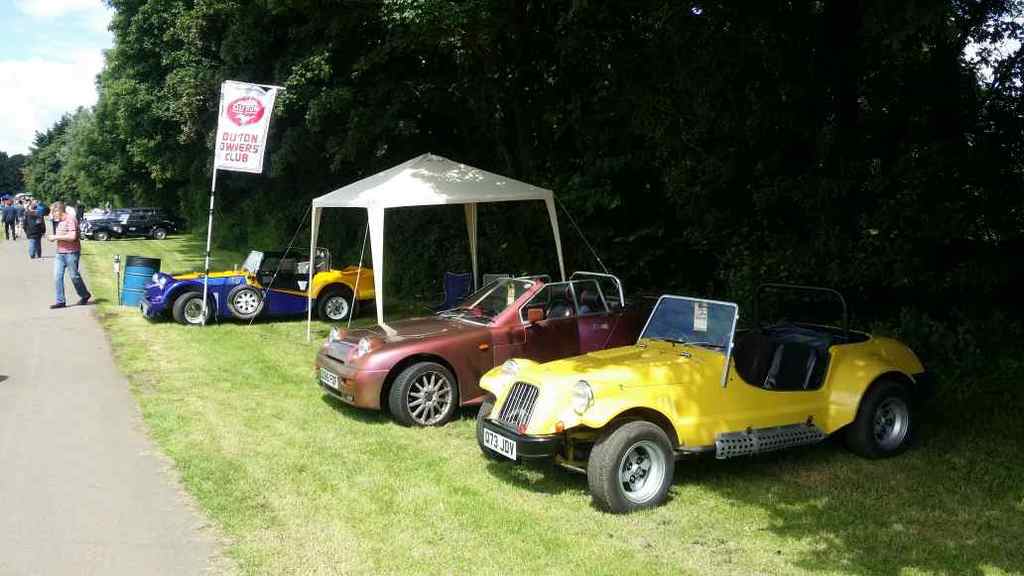 We had a good day at the Classic, Retro, Kit Car Action Day at Castle Combe on the 25th June, meeting lots of friendly chaps. In the end there were 3 'Duttons' on our pitch: Roger Barr's Eagle P1, Paul Whitehead's Melos (nearest to the camera) and my Legerra. I also met Mark Blackmore and his son. I also signed up Paul Whitehead as a new DOC member and gave away a few copies of the magazine to interested people.

My car failed the noise test this year so I wasn't allowed to take it on the track which was very frustrating, especially as some of the cars on the track were a lot louder than mine - probably had removable silencers on for the check. I passed easily last year and nothing has changed, unless they have lowered the limit. Plus the CKC photographer came around while I was away at the sound check, so all a bit disappointing.

The day was bright and sunny but the turn out was not as good as I had expected. It stayed nice until I had just packed up, then the heavens opened. The downpour caused problems on the M5 and it took me over an hour to get home 15 miles.

There was a stand selling 'arrival' photos - they had photographers on all of the approach roads. This was mine. 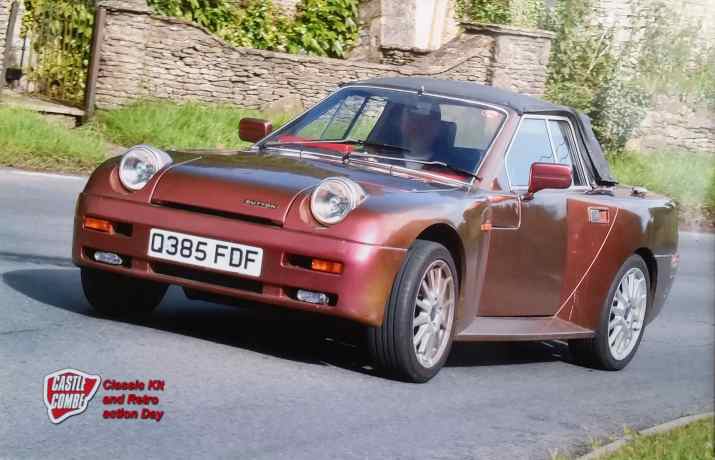 Cheers James, unfortunately I have no interest in Facebook or the likes, so have to rely on here for news.

its a simple app to have and if you choose to post nothing your not obliged to, it is useful for some things and not so good for others......like everything really.

with me its self imposed exile. If I had the app I would undoubtedly start poking my nose here there and everywhere and you know what it is like with these wonderful modern medias, they can be an addictive time waster. I would never get any work done!!